Using AIDA64, you can continuously monitor the health of the PC as the software can display, in real time, the temperatures, voltages and fan speeds measured by the computer sensors. 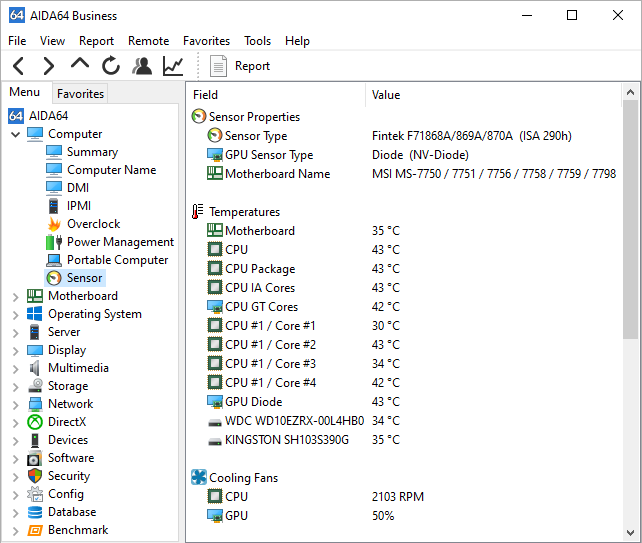 AIDA64 can display measured sensor values on the Windows desktop in several ways: on an OSD panel, a Sidebar Gadget, System Tray icons, or on such a fancy graphical dashboard as the fully customizable SensorPanel. As a unique function, it can also visualize the measurements on the LCD display of the Logitech G15/G19 Gaming Keyboard as well as on the LCD of certain Razer laptops and keyboards. The values can also be logged into an HTML or CSV file or exported to external applications such as RivaTuner or Samurai.

Of course, AIDA64 can send alert notifications when the selected sensor values go beyond the user-defined ranges, for example, when CPU temperature reaches critical heights, or when cooling fan speeds get too low. You can choose the action you want the software to perform when alerts are triggered. Available options are displaying an alert window, shutting down the computer, playing a user-selected sound, running a selected program or command, and sending a notification e-mail. 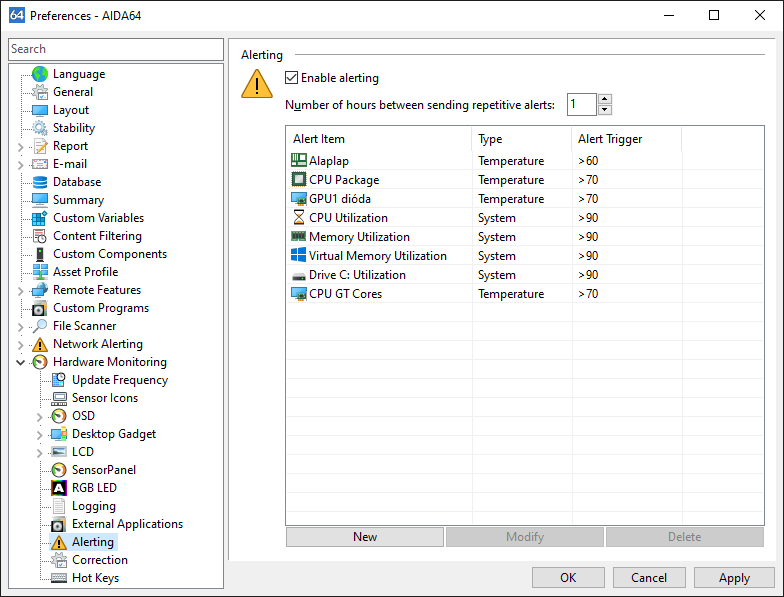