Though the company behind AIDA64, FinalWire Ltd. was only founded in 2010, its founding members are veteran software developers, each of whom has more than 20 years experience in their respective fields. They have worked together on developing system utilities for more than a decade. They started their programming career on the venerable Commodore systems, then stepped up to MS-DOS based PC/AT machines to learn assembly and Turbo Pascal, and later moved on to Windows to start coding in Visual C++ and Delphi. During the past fifteen years, they have been involved in a number of software development projects, mainly focusing on enterprise network management and system diagnostics.

In FinalWire, our goal is to further evolve the hardware detection technology they introduced in 1995 with ASMDEMO and create industry leading diagnostic and IT asset management solutions. Our products help customers gain deep insight into and exceptional control over both standalone personal computers and corporate networks.

The history of AIDA64 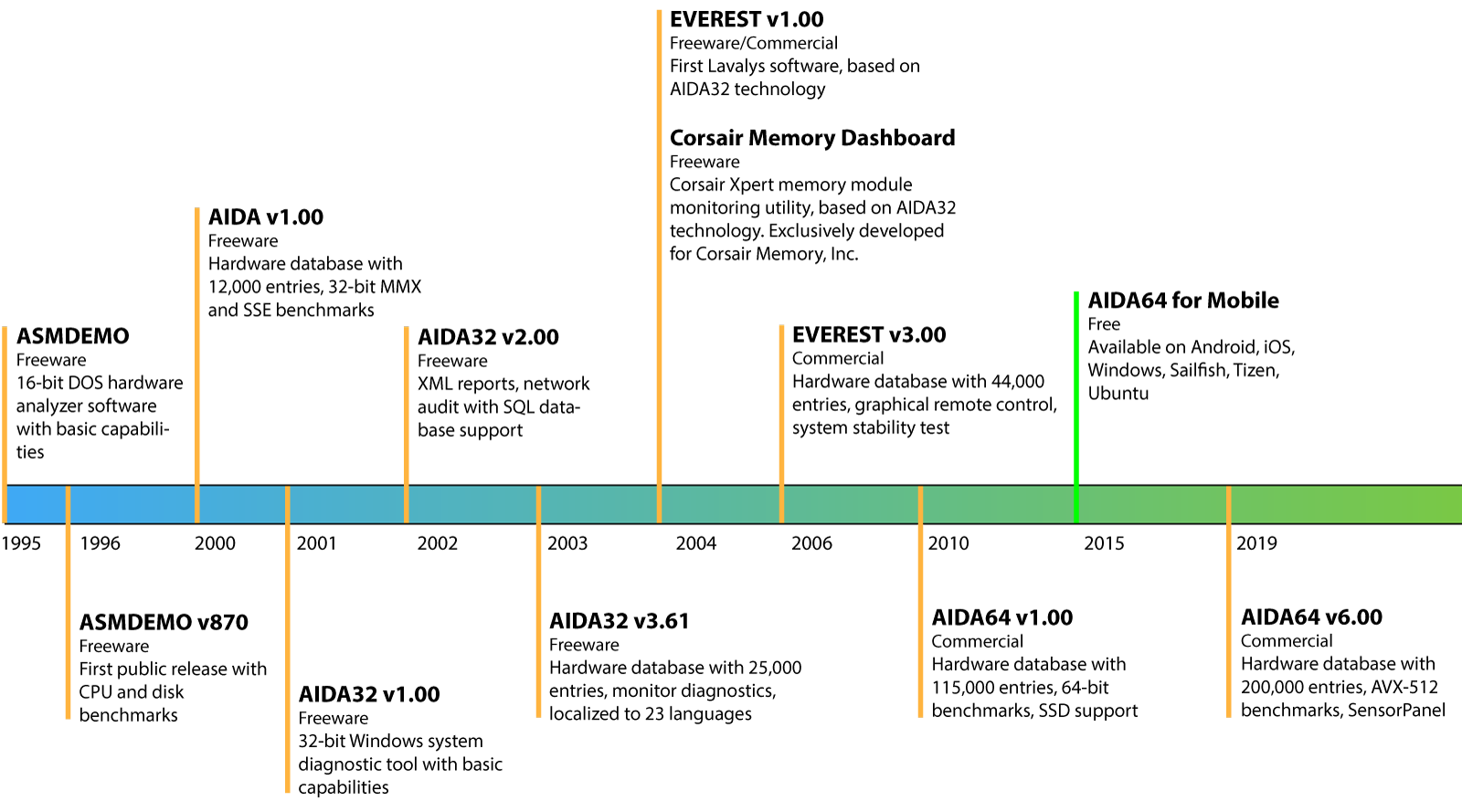 After several name changes during its long history, the software was renamed AIDA64 in 2010. But the early development of what is called AIDA64 today began in 1995, when Tamás Miklós wrote a program named ACI in assembly to detect the differences between various microprocessors. Building on this code base, he created ASMDEMO in the same year. Parts of this software were already written in Pascal in order to make it more effective, compact and fast, but the major part of the hardware detection engine was still using assembly. ASMDEMO was already capable of detecting and diagnosing the components of a PC.

A few years later the software was renamed AIDA, then – after its functionality was expanded – AIDA16. With the constantly growing prevalence of Microsoft Windows, using DOS-based applications, including AIDA16, became more and more burdensome. The software still had a text- based user interface, which was not up to the requirements of the turn of the millennium.

This deficiency was made up for with the introduction of AIDA32, written completely in Delphi, in 2001. The software now used a graphical user interface, which was further polished and, by the end of the year, was given its final layout which has been used ever since in both Everest and AIDA64. This interface is structured in a logical way, is well-arranged and allows easy usage.

The English-language application was first localized into Hungarian in 1998, followed by the creation of the Russian, German, Spanish and Danish language modules. Today the product is available in more than 35 languages.

User feedback has always been taken into account during the development process. The developers have always done their best to inform users if the issue they submitted was successfully fixed.